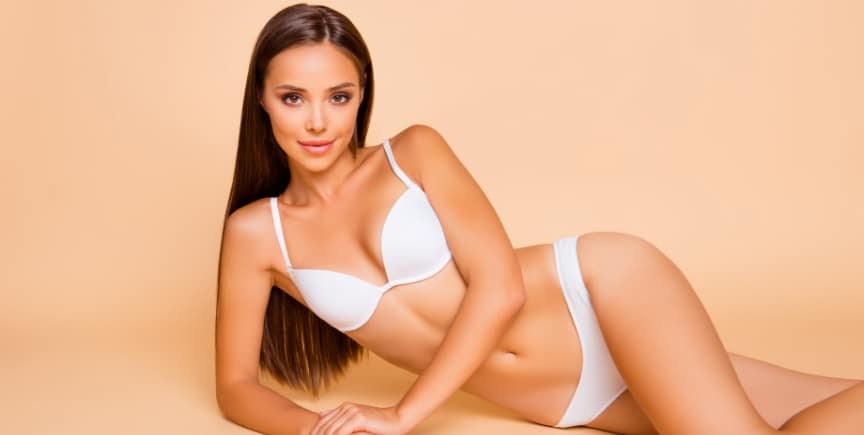 Whether due to accident, surgery or other causes, when the skin is damaged, scar tissue acts to replace the original, damaged skin to help the wound close and to protect it from natural elements. Although it is impossible to predict how a scar will eventually heal, our surgeons can significantly improve the appearance of a scar on virtually any part of the body with laser scar removal or scar revision surgery in New Jersey.

For body and facial scar removal in New Jersey, choose a plastic surgeon with experience and abilities that exceed your expectations. Request your consultation online or call (856) 362-8898 to schedule your appointment.

Every individual heals differently, and the effects of any scar are most often unique in nature. It is essential to note, however, that once a scar is present, it will never entirely disappear. The blemish may be made less conspicuous, but some mark will always be present. Our cosmetic surgeons are experienced in the surgical excision of scar tissue through the reconstruction of the wound with either re-approximation of the tissue (Z-plasty), laser treatments, injections, flap reconstruction or skin grafts — all designed to lighten or diminish the scar's appearance.

How Does Laser Scar Removal Work?

Laser scar removal reduces and lightens the appearance of a scar. The treatment also reduces itching and irritation caused by the scar.

Laser scar removal won’t completely eliminate the appearance of a scar, but it makes the scar far less noticeable and obvious. Most patients are happy with the feeling that the scar isn’t attracting attention after laser revision.

Can You Remove Old Scars?

It’s never too late to reduce the appearance of a scar. It is always best case scenario to treat a scar right after it is healed, but that doesn’t mean we can’t reduce and lighten the appearance of an old scar. When you visit us for a consultation, the plastic surgeon will examine the scar and let you know what your options are for addressing it given the age and other factors.

There are different methods to diminish the appearance of scars. During your consultation, the surgeon recommends the best approach after an examination and discussing your aesthetic goals. Scar revision procedures in general are either non-surgical or surgical.

These range from creams and ointments to dermabrasion and laser scar revision. Laser treatment is one of the most effective procedures to diminish the appearance of scars without surgery. Its benefits include:

Scar revision surgery is especially useful for facial scars. The primary scar revision technique, called Z-plasty, has different goals, depending on the nature of the existing scar. It can:

How to Prepare for Laser Scar Removal?

We will provide a detailed list of pre- and postoperative instructions for you to follow. As you get ready for scar removal, here are some things you can do:

We ensure each of our patients are ready and well-equipped for their appointments. We want you to enjoy a safe and satisfactory experience at our practice.

What is the Z-Plasty Procedure?

Z-plasty is a plastic surgery technique to revise scars. In the procedure, a Z-shaped incision is made across the scar and some unscarred skin as well. The incision creates two pointed flaps of skin, which are used to interrupt the scar and make the scar less tight. In the end, the scar may actually be longer than it was before, but it won’t be as obvious and the scarred skin won’t be so uncomfortably tight.

If you were under general anesthesia for the procedure, we will supervise your recovery for a period of time. You will return home the same day. You will have printed aftercare instructions to refer to. They will include things like taking prescribed pain medications as directed, changing bandages, bathing without getting water on the area, keeping the area clean and lubricated, and staying out of the sun while the area heals.

You will also need to avoid stretching or exerting the treatment area while it heals. The skin must be left to repair itself without causing further damage to the scar.

The Cost of Scar Removal

As is the case with all cosmetic procedures, the cost of scar removal procedures depends on the technique used and the extent of the procedure. Of course, the price of creams or ointments is going to be significantly less than that of scar revision surgery. Ultimately, if you're considering scar revision treatment the most important consideration should be finding a qualified plastic surgeon who is experienced in various scar revision techniques.

To learn more about our various surgical and non-surgical scar-removal options, book a personalized consult with Dr. Bidic or Dr. Gundlapalli today! Call (856) 362-8898 or click here to send us an appointment request form. Our practice looks forward to serving you!

Tell Us About
Your Goals